REGINALD MARSH AT THE N-Y HISTORICAL 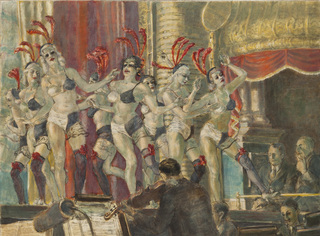 Reginald Marsh (1898-1954), Minsky’s Chorus, 1935. Egg tempera on composition board, 38 x 44 in. Whitney Museum of American Art, New York. © 2013 Estate of Reginald Marsh/Art Students League/Artists Rights Society (ARS), New York.
One show I wanted to see—and was not disappointed by—was “Swing Time: Reginald Marsh and Thirties New York,” at the New-York Historical Society (closed, alas, September 1—I wish I’d gotten to it earlier, so I could have posted this review when the show was still open, and my readers would have been able to go see it).

As organized by Barbara Haskell of the Whitney and independent curator Sasha Nicholas,  Read More
Be the first to comment

ON TO THE MET: JULIA MARGARET CAMERON 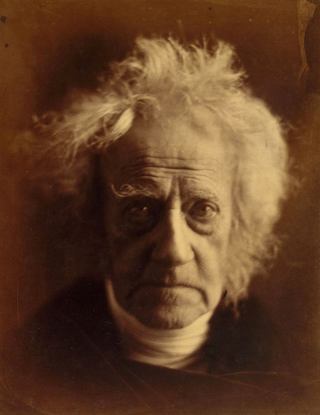 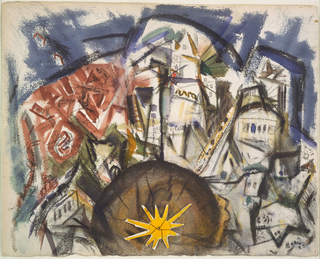 John Marin (American, 1870–1953). Lower Manhattan (Composing Derived from Top of Woolworth). 1922. Gouache and charcoal with paper cut out attached with thread on paper. 21 5/8 x 26 7/8″ (54.5 x 67.5 cm). The Museum of Modern Art, New York. Acquired through the Lillie P. Bliss Bequest. © 2013 Estate of John Marin / Artists Rights Society (ARS), New York
A second show I saw at MoMA (after I took in Walker Evans) was one I expected nothing much from, and that was about what I got. It’s a bargain show at the Museum of Modern Art, almost completely culled from its permanent collection, and evidently designed to appeal to late summer tourists, but also provide grist for revanchist big-city pomonians. Read More
Be the first to comment