SOCIAL (& ESTHETIC) NOTES FROM ALL OVER 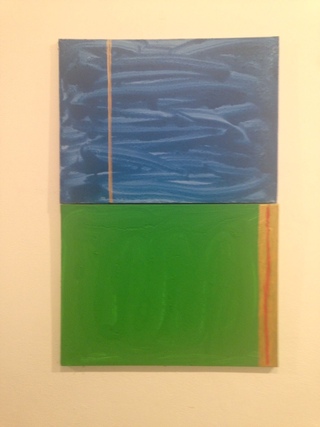 Gerald Jackson, A Blue and Green Painting, 2015. Acrylic and pastel on canvas, 30 by 24 each. Photo courtesy of Kim Uchiyama.
This has been a more than ordinarily social autumn season for me. True, two of the six occasions that I’ll be covering in this post were tinged with melancholy, but all were reminders that art – and life itself – go on.

First, on October 13, I attended the opening of “Walter Darby Bannard: Recent Paintings”  Read More
Be the first to comment 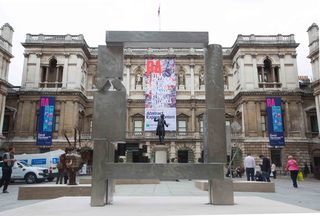 David Smith Courtyard at the Royal Academy. Photo © David Parry, Royal Academy of Arts
David Evison, the British sculptor, has attended “Abstract Expressionism," the mammoth exhibition focusing primarily on the first generation of American abstract expressionists, at the Royal Academy of Arts in London. It was curated by David Anfam, independent scholar, and Edith Devaney, of the R.A., and will be on through January 2, 2017. Evison attended with Jennifer Durrant, the British painter who is an RA herself, so they were able to get into the show before the general public. Here is his somewhat staccato, breathless report, with only minor emendations by myself--PH. Read More
Be the first to comment 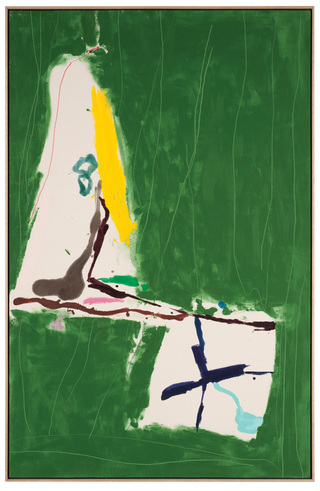 Kikuo Saito, Green Broom, 2012. Acrylic on canvas, 80 1/2 x 51 3/4 inches.
This is not a good year for modernism. But life is short and art is long. Kikuo Saito, who died last February at 76, is being honored by two exhibitions. At Leslie Feely in Manhattan is “Kikuo Saito: “The Final Years” (through October 14) and at Sam & Adele Golden in New Berlin, NY is “Kikuo Saito: Color and Drawing” (through March 24, 2017). Read More
Be the first to comment