THOSE BOOK EXHIBITS AT CAA 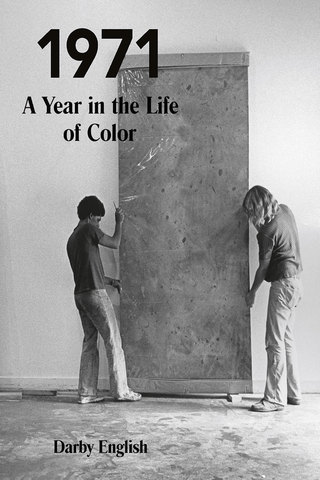 Jacket, Darby English, "1971: A Year in the Life of Color" (University of Chicago Press)

I couldn't face all those talks at the annual conference of the College Art Association this year, but as the conference was held in Manhattan, I did mosey on down to the New York Hilton to enjoy the Smithsonian's reception for its alumni and to look at the CAA's book exhibits.   As with the art world as a whole, postmodernism and identity politics for the most part upstaged esthetics, both in the choice of subjects for books and in the way that these subjects were dealt with, but still I found a handful of tomes that interested me and that I would have bought had I a) the money b) the space to put them in and c) the time to do them justice by reading them carefully and all the way through. Read More 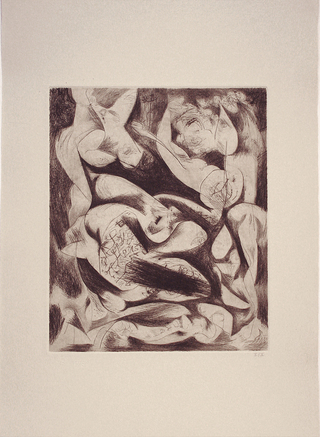 I am happy to report that at Washburn in Chelsea you may see seven engravings and drypoint and six screen prints by Jackson Pollock.  The show is entitled "Jackson Pollock: The Graphic Works" and its run has been extended through March 9.

This is essentially the same show of Pollock graphics that premiered at the Guild Hall in East Hampton over the summer of 2017 and that I reviewed then.

However, if you didn't get to see that show (and even if you did), you will enjoy these elegant little works.  It is also worth noting that the big show "Epic Abstraction: Pollock to Herrera" at the Met begins with a display that combines Pollock's huge painting "Autumn Rhythm" with a bunch of drawings and argues (however tenuously) that Pollock is really all about drawing -- which as we all know is the next thing to prints.