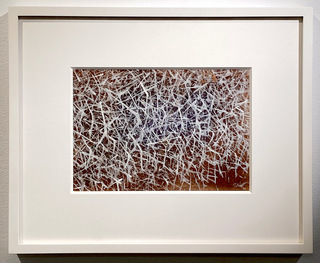 If you believe everything you read online, Jackson Pollock owed his celebrated "all-over" style entirely to the "white writing" of Mark Tobey. This anyway is how Tobey's Wikipedia entry tells it,  To me, this is like comparing a candle to a bonfire, but that doesn't mean I didn't enjoy "Mark Tobey: Nature's Patterns," eighteen mostly-small but still highly enjoyable works at Anders Wahlstedt Fine Art (through May 12). A candle can be beautiful, too -- and even a candle may ignite a blaze. Read More 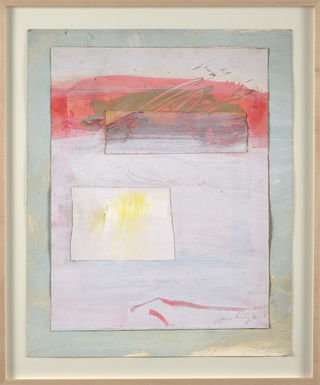 I've followed the career of Frank Wimberley since 1999, but that's only a fraction of his total career. Born in Pleasantville, New Jersey, in 1926, he's now in his 90s and has been exhibiting since 1969. Primarily, he's known as an abstract painter.   However, he's also made collages and nearly everything else from ceramics to assemblages, so for those who know him best, it comes as no surprise that his current show is "Frank Wimberley: Collage" at Berry Campbell (through April 17). Read More