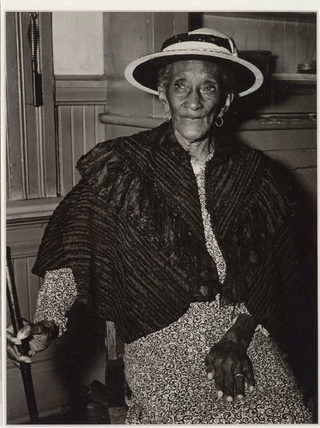 Yet another entry into the art-as-politics sweepstakes this season is “The Radical Camera: New York’s Photo League, 1936 – 1951.” The Photo League was a group of young, mostly Jewish, mostly leftish, often first-generation American and all indefatigable photographers who chronicled life in New York and on occasion, elsewhere, in the Depression and on through and after World War II, until they were blacklisted by Attorney General Tom Clark in 1947 and ran out of juice, closing their doors forever in 1951. Their lively exhibition of nearly 150 vintage photographs is at the Jewish Museum (through March 25).

Actually, the show itself is not nearly as radical as the literature and memorabilia surrounding it. Or, to put it another way, what was considered a socially radical photograph back in the 1930s and 1940s tends to look more and more esthetic as the politics surrounding it fade into oblivion with the passage of time. I am reminded of the passage by George Bernard Shaw in the “Epistle Dedicatory” that precedes “Man and Superman,” to the effect that style is the result of having something to say. “All the assertions get disproved sooner or later,” Shaw wrote, “and so we find the world full of a magnificent debris of artistic fossils, with the matter-of-fact credibility gone clean out of them, but the form still splendid.”

True, there are photographs of workers and poor people and slums, but carefully composed, and so beautiful that they hardly evoke outrage And there are plenty of pictures of pure architecture — the delicate patterned glass in the one of the elevated train stations. for example, captured by Arnold Eagle, or the classic shop windows of Berenice Abbott (more of a forerunner to the League than a member). Occasionally, there are literary commentaries incorporated into the photographs, such as the picture by Rolf Tietgens of a homeless man (or “bum,” to use the nomenclature of the period), sleeping in a doorway next to a sign for a precious metals dealer saying “Silver Platinum Compare our Prices.” But for the most part, these photographs rely on visual poetry rather than the written kind, and a sizeable array of well-known photographers are represented, including Lewis Hine, Paul Strand, W. Eugene Smith, Eliot Elisofon, Arthur Rothstein, Lisette Model, Aaron Siskind, Helen Levitt, Arthur Leipzig, Arnold Newman and “Weegee” (Arthur Fellig, who is having a retrospective of his own at the International Center of Photography, “Weegee: Murder Is My Business,” through September 2).

At the beginning of the Photo League show, the wall text makes the obligatory (in our pomonian age) disclaimer, to the effect that these photographers “rejected the prevailing styles of modernism.” But these are all modernist, as opposed to postmodernist, photographs, distinguished as they are by the harmony and balance of their compositions, and by the subtly hopeful approach to their subject matter, the underlying assumption that by presenting society’s ills to observers, it will be possible to mitigate them. So widespread is this modernist affirmative outlook that it ensures a high level of quality throughout, and the best of the many Grade-A photos in this show are not necessarily those by the celebrities, or at least the sort of photographs that the celebrities are known for. For instance, the best picture of the strong group representing Weegee is not one of his bloody crime pictures, but the image of a jovial guy named Max, rushing in the bagels at the crack of dawn to a restaurant on Second Avenue, with strings of bagels in both hands. Lisette Model may be better known for the semi-grotesque photos of women that anticipate the work of her pupil, Diane Arbus, but the image by her in this show that stood out for me was the one of a homely, moody, corpulent male bum on a Lower East Side street.

Rosalie Gwathmey, lesser known than her painter-husband Robert, is particularly well-represented by a picture of a majestic African-American older woman in her Sunday best. Also memorable are the portrait of the Bahamian migrant worker by Jerome Liebling, and the cluster of umbrellas seeking clemency for Julius & Ethel Rosenberg by Edward Schwartz. I was touched by the memorial at the end of the show to Sid Grossman, co-founder and principal teacher at the Photo League, who died at the shockingly early age of only 43 in 1955, four years after the league closed. Still, my favorite photograph in the show is the panoramic view, by Jack Manning, of an Elks Parade through a Harlem street, with dozens if not hundreds of people massed upon their fire escapes and the roofs of their buildings to view the event below. The editors of Look were also impressed by the photo. They reproduced it at double-page size, to illustrate an article on overcrowding in Harlem, but the photo by itself is more festive than restive. Or at any rate, that’s the “message” which survives.

Unlike painting and sculpture, photography looks as good, or almost as good, in reproduction as it does displayed in a museum. For this reason, the catalogue for a photography exhibition can be seen as a viable substitute for the exhibition itself. This is particularly true of the handsome catalogue for this show, which is co-authored by Klein and Evans, the organizers of the show, and includes essays by three other scholars. The hardcover, published jointly by the Jewish Museum and Yale, lists for $50, includes 150 duotone and 76 black and white illustrations, and is at amazon.com if you can’t get to the museum.