RON LAUDER’S COLLECTION: NOT ALL GERMANIC 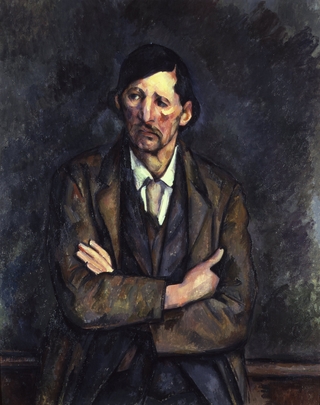 The kindest way to deal with politics in relation to the Neue Galerie is to think in terms of art-world politics, not the national (or international) kind. This became clear to me while viewing “The Ronald S. Lauder Collection: Selections from the 3rd Century BC to the 20th Century/Germany, Austria and France” at the Neue Galerie (through April 2)It’s a very handsome show, but its novelty lies rather in its medieval aspects and its 19th and 20th century French (and Spanish) aspects, since its holdings in 19th and 20th century German and Austrian paintings, sculpture, drawings and the applied arts are frequently on view. After all, Ronald Lauder is a co-founder and principal benefactor of this “gallery” (which is really more of a mini-museum than anything else). And, while I respect Egon Schiele, Gustav Klimt, and Oscar Kokoschka, they are not my favorite artists. I am happier with Klee, Kandinsky, Josef Hoffmann and even Kurt Schwitters, but to me anybody who would favor them over Matisse, Picasso and Cézanne doesn’t know what quality is. Now, on the basis of this show, it emerges that Ronald Lauder does have a more catholic taste than I’d supposed. Although the usual Klimt-Schiele-Kokoschka triumvirate is in full view, there’s a hell of a lot more that really looks good and even great.

The fun is most apparent on the top floor, although it is dominated by works on paper. In the narrow hallway, a whole wall is hung with zestful small-to-medium-sized Germanic works on paper, many of them by Klee (a native of Switzerland) and also trenchant satires by George Grosz and collages by Hannah Hoch and others. But the most stunning gallery is the one fronting on Fifth Avenue (the west side of the building). Facing the entry is a large, peak-period abstract oil by Kandinsky, “Composition IV,” (1911), together with 6 smaller but almost equally admirable Kandinsky works on paper. In the corner to the left of the big Kandinsky are a group of four classic sculptures by Brancusi, and on the right-hand wall, the four unforgettable bronze Matisse “Backs”(1909-1930), always a pleasure to see. On the south wall is a large later Picasso that is not my favorite, but the two halves of the east wall of this gallery (bisected by its entrance) are hung with two groups of mostly top-quality works on paper, 8 on the left by Matisse and 16 on the right by Picasso. In the gallery at the east end of the third floor are a number of paintings by German (as opposed to Austrian) painters, more familiar but with some good works by Klee, Otto Dix and Beckmann on view. The gallery on this floor north of the hallway is the only casualty, being hung with pop celebrities like Gerhard Richter and Joseph Beuys (I guess Lauder feels he has to stay with the times). But in the small gallery to the south of the hallway is a superb group of 19th century French drawings: 7 by Seurat, 4 by Degas, 4 by Van Gogh and 8 by Cézanne, the last particularly heart-rending, especially the delicate “Rock Near the Caves above the Chateau Noir” (1895-1900).

The second floor is mostly given over to Austrian works I have seen before, including portraits by Klimt, Kokoschka, and Schiele and all those drawings of sometimes erotic nudes by Klimt & Schiele. But the front gallery (again, the one facing Fifth Avenue) is at least surprising, being given over primarily to a huge and very decorative display of medieval arms and armor, including two complete sets of armor for a knight and his horse (the horses look suspiciously like those in the arms & armor gallery across the street at the Met). On the east wall at the Neue are also displayed 6 Cézanne oils, worthy (as always) but--with the exception of the "Man with Crossed Arms"-- not outstanding, while small Old Master paintings hang around the other three walls, including some by Jan Gossaert and Quentin Massys. All in all, it looks as though Lauder collected a lot of things, many of them of more intrinsic quality than the Germanic art at the Neue Galerie, but he also realized that if he focused his mini-museum on early 20th century German and Austrian art and crafts, it would give him his best shot at standing out in the crowd, since the other works in his collection–no matter how admirable–duplicate to some extent what can already been seen in other Manhattan museums. Such is the world of Manhattan art-world politics, and I know quite a few people who applaud his decision, and like nothing better than to slurp up some good old-fashioned Schlagsahne amid the Gemütlichkeit of the Neue Galerie’s Café Sabarsky.