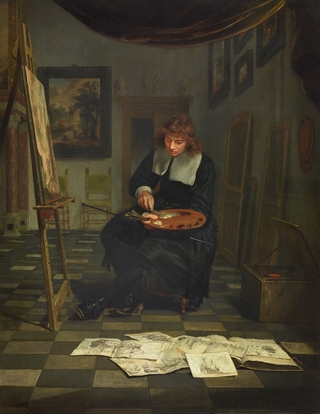 September 22: “Klimt and the Women of Vienna’s Golden Age, 1900-1918” at the Neue Galerie (through January 16, 2017). This mini-museum, which seems to have discovered the secret of drawing crowds, is offering one of those sure-to-be-popular shows which combine art and ladies’ fashions.

Besides Gustav Klimt’s portraits of some of his most important society patronesses, in styles ranging from his early Symbolism to his late quasi-Fauvism, the show will include three one-of-a-kind fashion ensembles inspired by fin-de-siècle styles and commissioned from Shanghai-based artist & designer Han Feng, to say nothing of mannequins sporting hats and style accessories designed by paper artist Brett McCormack.

September 26: “Jerusalem 1000-1400: Every People Under Heaven” at The Metropolitan Museum of Art (through January 8, 2017). During this critical period, Jerusalem thrived as a destination city and holy symbol to people of diverse faiths from Iceland to India, and not least for the three Abrahamic faiths: Judaism, Christianity and Islam.

With some 200 works of art, ranging from textiles and ceramics to religious texts in many different languages and architectural elements, this show promises to be one of those landmark exhibitions that only the Met (in this city anyway) can do, and does so well. Nor will it shrink from controversy, tackling the topic of “holy war” with works relating both to Christianity’s crusades and the Muslim concept of jihad.

And, in its final segment, it promises to explore art that, according to its initial press release, “springs from the belief common to Judaism, Christianity, and Islam, that Jerusalem stands at the gates of Heaven.”

(A related exhibition, “Faith and Photography: Auguste Salzmann in the Holy Land,” will also be at The Metropolitan Museum of Art from September 12 through February 5, 2017.

(This show will offer some three dozen salted paper prints created by this French academic painter, archaeologist and photographer and selected from his 1856 album, “Jerusalem: A Study and Photographic Reproduction of the Monuments of the Holy City.”)

September 30: “Art in a Time of Chaos: Masterworks from Six Dynasties China, 3rd – 6th Centuries” at the China Institute Gallery, in its new space at 100 Washington Street in lower Manhattan (through March 19, 2017).

This show of more than 100 ceramics, sculpture, calligraphy and paintings will document a tumultuous period when China's governments were divided into northern and southern states, but—hopefully—it will also demonstrate how this period acted – in artistic terms -- as a bridge between the Han and Tang Dynasties. As I truly like the sculpture from these two dynasties (especially the Han), I am optimistic about this show, too.

October 6: “Fragonard: Drawing Triumphant—Works from New York Collections” at The Metropolitan Museum of Art (through January 8, 2017). Jean Honoré Fragonard (1732-1806) was a master of the French rococo in all its forms.

Personally, I prefer his paintings, but you should be able to see his light and airy, sprightly and deliciously dégagé style at work even in these drawings. Many of them were created to be admired & sold in their own right (as opposed to being preliminary studies for paintings). Nearly half are from private collections, and some will be shown publicly for the first time.

October 7: “Agnes Martin” at the Solomon R. Guggenheim Museum (through January 11, 2017). This exhibition of a much-admired master of minimalism (1912-2004) is scheduled to fill the entirety of the Guggenheim’s rotunda.

It will trace Martin’s career from her early experiments in the 1950s through the development of her signature grid-pattern works in the 1960s and on into her old age and final paintings. She was 92 when she died.

Both artists died in their early 40s, and only about 60 of Valentin’s paintings survive. This exhibition will bring together 45 of them, from all over Europe—although the artist spent his entire career in Rome. To judge from the press release, we may expect to see scenes of merriment, dramatic narratives and a monumental “Allegory of Italy” loaned by the Finnish Institute in Rome.

October 7: “Gay Gotham: Art and Underground Culture in New York” at the Museum of the City of New York (through March 26, 2017). It’s no news that the Big Apple has long been favored by LGBT artists seeking a more enlightened climate in which to live.

This show, according to its announcement, will bring to life “the queer creative networks that sprang up in the city across the 20th century, a series of artistic subcultures whose radical ideas had lasting effects on the mainstream.”