"EPIC ABSTRACTION" AT THE MET: FROM A BANG TO A WHIMPER 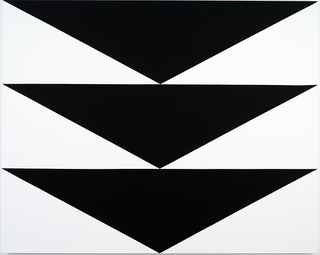 "Epic Abstraction: Pollock to Herrera" opened at The Metropolitan Museum of Art  on December 17, 2018, but is "ongoing."  By this the Met means that it isn't one of its usually admirable big loan shows but only a  rehanging on those galleries that the museum previously devoted to its permanent collection of first- and second-generation abstract expressionists.

To this space has been added a smaller gallery at the entrance which the curatorial staff previously devoted to special exhibitions.  I wish I could say this makes all the difference but unfortunately I can't.  What the Met has come up with a monument to identity politics and a raspberry to quality.

The first four things that I see wrong with it are as follows:

1)    Far, far too much space been devoted to what I shall charitably call lesser art,. The prime and sometimes only claim to fame to all or most of it would appear to be that it was produced by women (naming no names) and/or minority artists (naming no names) and/or artists from newly fashionable foreign countries (most notably Hungary and Japan).

2)     In addition, most of those few women and minority artists who really deserve to be included here are represented by lesser examples of their work (here I think particularly of Anne Truitt, Frank Bowling and yes, even Helen Frankenthaler);

3)    Of those white male artists who also really deserve to be included, a number are represented by lesser examples of their work, even though the Met owns better ones (de Kooning, Motherwell, David Smith & Kline)

4)    Four white males who created truly great abstractions are omitted altogether, even though the Met owns fine examples of their art.

Adolph Gottlieb, one of the ten first-generation abstract expressionists, for example, is omitted, though the Met owns 13 works by him, including two lively early "pictographs" from the 1940s and two vintage "bursts" (from the 1950s).

The omission of Hans Hofmann is really extraordinary. The Met owns 40 works by him, including the marvelous "Veluti in Speculum" (1962) and 10 equally excellent paintings from his "Renate Series" (1965) given to the Met by his widow, Renate.

And finally, what are Sir Anthony Caro & Friedel Dzubas—chopped liver? The Met owns fine examples of the work by both of them, too.

On the plus side are the few and far-between topnotch paintings by Kenneth Noland & Morris Louis, both part of the superb gift to the Met by Muriel Kallis Steinberg Newman.

Complaints Number 5 & 6: I am really dissatisfied with the first two galleries to the show, the ones devoted respectively to Jackson Pollock & Mark Rothko.

As a longtime booster of Pollock, I suppose I should have been pleased with the fact that the first gallery is devoted almost entirely to his work.  But I'm not.

On one side wall hangs his huge and magnificent "Autumn Rhythm" (1950) but really the space is not big enough for it.  You can't stand back far enough to take it all in, and there is no bench in front of it either, as there used to be in its previous installation.

Hanging opposite it is the smaller and earlier "Pasiphae" (1943) and that too is exciting but the later work (from the 1950s) adds nothing. The graphics in vitrines while interesting aren't that dramatic (they are included because some curator is trying to prove that Pollock is all about drawing and nothing else, which I don't  buy).

But what really ruins the space is including a large and exceedingly messy 1958 untitled "action painting" by Kazuo Shiraga (1924--2008). Though billed as a member of the Japanese "Gutai" movement, this Japanese artist was obviously working from Harold Rosenberg's 'existential" interpretation of abstract expressionism as "an arena in which to act."

According to the label he made pictures like this by dragging his feet through the paint – though the label would prefer you to believe that not Rosenberg but the U.S.'s bombing of Japan during World War II was responsible for this instead.

The only thing to be said for this picture is that it dramatizes the elegance and excellence of "Autumn Rhythm" and makes it look devastatingly delicate and superior. But how many of the innocents coming through this space will be able to see that for themselves?

Elevating an ugly foreign copyist of a movement that began in the U.S. in the 1940s (and to a lesser extent, in France) is a good example of the kind of pomonian downgrading of the first-rate and the upgrading of the second-rate that is one of our most serious cultural diseases.

The second gallery after the Pollock gallery is devoted to Mark Rothko -- whom postmodernist art historians have been trying to use to supplant Pollock ever since I was in grad school.

There I was exposed to "American Painting of the Nineteenth Century" (© 1969), by Barbara Novak and "Modern Painting and the Northern Romantic Tradition" (© 1975), by Robert Rosenblum.

Novak, who was one of my teachers at grad school, taught me a lot about 19th century American painting, but when  her book gets up to the 20th century, Pollock gets only a black-and-white illustration, and the color illustration goes to Rothko.

Rosenblum's whole argument is intended to detract from Parisian modernism, including cubism, Mondrian, and Parisian automatist surrealists like Masson & Miró, all of which lead up more to Pollock than to Rothko….by him, too, Rothko was the acme of ab-ex.

…but nobody is ever going to prove Rothko's "superiority" upon the basis of the gallery devoted to him in  "Epic Abstraction." Although it contains 10 paintings by him, only two or at most three catch him at his heroic best  ("No. 13, 1958" and "No. 16, 1960" are the two whose titles I have jotted down in my notes).

The rest are early, and leading up to his heroic period, or later, leading down and away from it.  The earliest large one, from the 1940s, is an interesting experiment in surrealism, but the later work gets progressively darker and duller and more depressing – as he himself appears to have become in the later '60s, not least because of all the publicity that pop art was getting.

The centerpiece in this gallery is a statue by Isamu Noguchi, who apparently qualifies for this star treatment because as a Japanese- American, he belongs to a fashionable minority (whereas Rothko, who was Jewish, belonged to a minority that nobody considers a minority at all any longer).

Besides, Rothko, who came to New York from the West Coast, supposedly was influenced by Asian art….meanwhile, David Smith, who was really a better sculptor than Noguchi, gets sandwiched in with a lot of other good and not so good work in the main space that follows…

As to Carmen Herrera, whom the title of this sorry show suggests is the new acme of abstraction, she was born in Cuba in 1915, only three years after Pollock was born in Wyoming (unlike him, she is still alive).

She developed a hard-edged, geometric style in Paris in the late 1940s and early 1950s, at a time when many other Parisian and Latin American artists were doing much the same thing -- echoing a style that had already been widespread (especially but not exclusively) in Paris in the 1920s and 30s.

Around 1954, Herrera settled in New York, where she has lived ever since, though rarely if indeed ever exhibiting. As she is both a Latin American and a woman, and these are highly-prized disadvantaged groups right now, she has emerged from obscurity in the past few years, and became the subject of a major retrospective at the Whitney Museum of American Art in 2016-2017.

I confess that I didn't see this show, so I am not qualified to evaluate Herrera's work in its entirety.  All I can say is that "Equilibrio" (2012), the painting she is represented by at the Met, is a workmanlike but rather bland, medium-sized abstraction consisting of three black triangles on a white field – neither memorable nor terrible.

Herrera has been called a minimalist but this painting is more elaborate than the original minimalism as it was practiced in New York in the 1960s by artists like Brice Marden, Robert Mangold, Agnes Martin, Jo Baer and others.

Maybe I would have been more impressed by "Equilibrio" if it were larger, but minimalism I have been living with ever since the 1960s, and geometric abstraction has been around for a lot longer.

I'm not saying that geometric abstraction isn't a valid art form, just that it's hard to find something fresh to say with it, and for me "Equilibrio" doesn't say anything very fresh.