NFTs & THE NY TIMES: HAS THE WORM FINALLY TURNED? 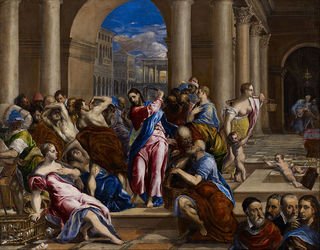 Ever since Marcel Duchamp mounted a bicycle wheel on a chair, and voiced his famous pronouncement that anything is art if an artist says it is, many (and in recent years, almost all) critics have followed tamely in his wake. So have galleries, museums, auction houses, and collectors – to say nothing of other artists, who in recent years have charmed in-groupers and bemused most of the larger public with every sort of "art" from pickled sharks to shattered antique vases, and from bananas festooned with duct tape to self-destructing pictures. Can the moment possibly have arrived when at least one small but prominent team of critics is willing to say hold, enough?

On Monday, March 15, Jason Farago, a junior critic on the New York Times, published an article on Page One of its Arts section about Mike Winkelmann, a digital artist who calls himself Beeple and who in a one-lot auction at Christie's the week before had sold for $69 million (in a cryptocurrency named Ether) an example of a new kind of art.

Well, at least it's "new" from a technological standpoint, though in visual terms, at least as Farago described it, it sounded pretty familiar, not to say hackneyed: a computer file containing a "colorful, digestible pastiche" of "cartoon monsters, gross-out gags and a breast-feeding Donald Trump." Its title: "Everydays --- The First 5000 Days."

What made "Everydays" so special?

Well, it seems that until now, any file created by a digital artist could be copied ad infinitum.   This made a pleasant situation for would-be collectors as the more copies of an artwork that exist, the cheaper the individual examples of it become—all according to the basic laws of supply and demand as outlined by wise old Adam Smith back in 1776:

Just think of Rodin's 19th and early 20th century bronze sculptures that exist in dozens of castings, or posters of Warhol soup cans, which in the 1960s anyway existed (and for all I know still exist) in the hundreds of thousands, maybe even millions of copies.

All of these works were and are priced far more reasonably than comparable but unique examples of work by those same or other masters…..so far as I know, there is only one "Demoiselles d 'Avignon" by Picasso, and only one "Lavender Mist" by Pollock, so the museums that now own them had to pay more to acquire them (even in the old days – Heaven knows what prices such masterpieces could command if they were on the market today).

And there is where the distinction between ordinary digital art ends and "Everydays" begins.

It seems that "Everydays" isn't just any old computer file, but one that by some technological wizardry that escapes me has been turned into a "non-fungible token," or NFT.

The thought to hold here is that an "NFT" is unique, like a work of art, so if you want it, you should be prepared to pay through the nose for it – regardless of whatever esthetic value it does or doesn't have.

As far as Farago was concerned, the esthetic value of Beeple's creations was pretty much nil.  "What distinguishes Beeple's digital imagery from other 'non-establishment' art," he wrote, "is the violent erasure of human values inherent in the pictures, and how happy his cryptofans are to see them go."

The Times critic went on to argue that Beeple's creations aren't even meant to furnish commentary on popular culture or American society, in the manner of Mike Kelley or Paul McCarthy.

"They're just meant to signal a particular cultural and ideological disposition, " he continued, "where the get-rich-quick promise of cryptocurrency dovetails with a  teenage aversion to authority (sniffy Times critics very much among the latter)."

With that final confession that yes, he is an art critic, and yes, he doesn't like these NFT's, Farago signed off.   That was more than four months ago, and unless I missed something, he has not had anything more to say on that subject since.

Nor, for that matter, have I seen any articles on NFT's by Roberta Smith, Holland Cotter, Martha Schwendener or any of the other critics who normally review art shows for the Times – all of which is not to say that the journal of record is ignoring the subject.  Au contraire.

Hardly a week has since gone by without other types of journalists weighing in with their contributions to the Times on the subject of NFT's.

First, all the techies went into abstruse scientific explanations of how NFT's work (one of these techies even created an NFT out of the article he'd written on the subject and put it up for sale).

Financial writers have weighed in with articles in the Business section of the paper, where the speculation in NFT's fitted in nicely with the other forms of far-out speculation which until recently anyway have been plaguing the market.

An article in the Sunday magazine created an imaginary home with sample NFT's hanging on its walls—images that at best were pathetically puerile.

An article in the Sunday Style section, headlined "Bored Rich People Spend Money," offered its own analysis of the craze: "Yes, it's true, and the value of rare collectibles has soared because of a push for assets."

I suppose that in the fullness of time, some idiot museum will stage a show of NFT's and one or more of the Times critics will feel compelled to review it.  The latest article I've seen, in the Times for July 24, was by another financial reporter, one named Paul Sullivan, who writes a column for the business section of  the paper called "Wealth Matters."

He was able to report on  at least one big art-world gun who is experimenting with NFT's: Damien Hirst, who was shown rather shamefacedly holding his candidate for  the NFT sweepstakes, a  really tedious small abstract with many dots on it that he is planning to issue as a low-price multiple.

Still this was an article for people looking for ways to make money,  not  people who are intested in esthetic value.  It put me in mind of the money changers who in the days of the early  Roman empire, plied their trade on the porches of Jewish temples -- and indeed, I seem to have seen at least one article in the Times on how the art market is now being used for money laundering..

True,  we still haven't reached the stage when anybody remotely resembling Jesus Christ is willing to drive these money-changers from the temple that is art. But for the nonce, it would appear that after more than a century, the worm has finally turned – or is trying to turn. No matter what Duchamp said, not everything that an artist says is art, is in reality art.  A collectible, maybe, like baseball cards or stamps, but no more. No mas.  Or am I just being an impossible dreamer?

Anything an artist says is art, is/can be art.It comes down to the judging of quality in art; good-bad, black to white & all the greys in-between. That's the bottom line. Most of this stuff, Duchamp,Warhol, etc. is just inferior art, that's the way it is & has been for a long time.

I knew nothing about bitcoin, NFT's, tokens and fungibles until prompted here by Ms Halasz to read it up. I am not curious about Mr Bepple's artworks, nor even wanting to look at them . But I am curious about how it is sold.
Is it not the latest in art selling strategies by smart art dealers, or is it "too much- no mas" ? The criminal activities, theft from artists, and money laundering by some art dealers is worse, intolerable even. This latest hard sell might well lead to the demise of the unregulated contemporary art market and is to be welcomed.

As I get it, the NFT is a tool for artists to use, not dealers. And the way I believe it is used by artists (including at least one very good one as well as some very bad ones) is for artists to maximize their profits by making a new kind of multiple that can be offered for sale online without the necessity of going through a dealer...