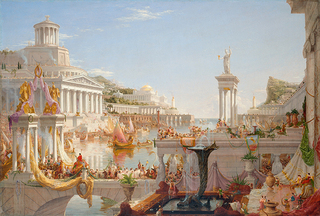 Thomas Cole (American [born England], Lancashire 1801–1848 Catskill, New York). The Course of the Empire: The Consummation of Empire, 1835–36. Oil on canvas, 51 1/4 x 76 in. (130.2 x 193 cm). New-York Historical Society, Gift of The New-York Gallery of the Fine Arts (1858.3). Digital image created by Oppenheimer Editions.
There’s no doubt that the New York Times devotes generous attention to the Metropolitan Museum of Art. But this can lead to some very bum steers. Not only was I dismayed by the paper’s recent article on Max Hollein, the museum’s new director, but its review of the museum’s highly sophisticated and thoroughly delightful exhibition of “Thomas Cole’s Journey: Atlantic Crossings” actually discouraged me from attending it until far too late in its run. Hence I can only belatedly encourage my readers to beat feet to this show before it closes on May 13 (or see it at the National Gallery in London, where it will appear from June 11 to October 7).  Read More
Be the first to comment

NEXT, TO THE CLARK 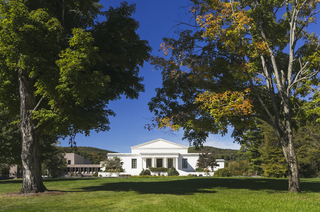 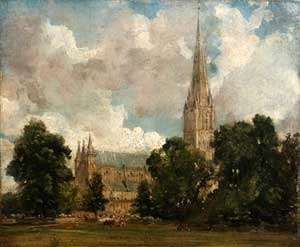 On the way back from my visit to the Barnes Foundation in Philadelphia, I stopped at Princeton NJ to view “John Constable: Oil Sketches from the Victoria and Albert Museum” at the Princeton University Art Museum (through June 10; now at the Frist Center for the Visual Arts, in Nashville, through September 30). I’d been told about this show by Cara London, the  Read More
Be the first to comment