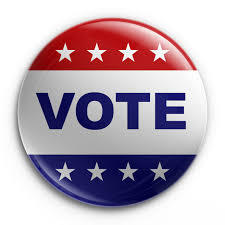 Clement Greenberg, in later life, rarely discussed politics -- but he had political opinions, and they were to the left of center (some people called him a liberal, but he defined himself to me as a "socialist."). Artists also have political opinions, though only occasionally do these opinions successfully surface (Goya’s “Third of May” and Picasso’s “Guernica,” being two notable examples of "message art" that also succeed as art).

I don’t let artists' politics influence whether I will write about them. And my own segments on politics (which don’t appear that often) are separated from my artistic segments. But -- after this upsetting campaign---I need to get some thoughts about the candidates into print before Election Day. Read More
5 Comments

Thank you for passing on my message. And adding to it.

On of the things Darby Bannard said to me after the election of 2008 was how much more of the country's land was Red, compared to that which was Blue. Even though I voted for Obama in both elections, his observation has stuck with me. There is something very wrong about the sheer size of the land inhabited by those who, according to Obama, "cling to their guns and Bibles" and lately were cast as "deplorables", a term that even some Republicans seem to agree applies to them. Tonight Dan Hopkins wrote: "Immediately after the Brexit vote, British political scientist Rob Ford offered a thought that seems fitting here. He asked whether people were feeling like strangers in their own country — and said that’s how people voting for Brexit have felt for years. Seems like it has an analog here in the States." Today those "strangers" made a stand - a successful one. The only path forward I can see that is realistic is to make sure they are no longer strangers. How? I don't know. But it won't work any other way.

I have been talking about the disenfranchisement of the left since 9/11. Now the process is even more complete. Even when Obama was in office, he was unable to get much done because of the way that the Republicans in the House and Senate were stonewalling. The way I look at it, in this election, what Marx would have called "the lumpenproletariat" has spoken. By this he meant working-class people who are blind to their own best interests. Are these people going to feel any happier by the time the Republicans get through with them?

Yes Piri, the progressive left has suffered from disenfranchisement for a long time, perhaps because disenfranchisement is intrinsic to being progressive. The latest episode started when the Democratic establishment conferred an astronomical number of "votes" on Hillary Clinton before any ordinary human cast a single vote. It continued as that establishment rigged (yes, I'll use that word, and without qualification) the primaries against Bernie Sanders. The "rational" approach is to take "second best" when you have been screwed out of "the best". But I am not sure H. Clinton was "second best". Indeed Trump may be, in reality, "second best" as far as dislodging corrupt political processes from their position of privilege goes. That is why so many Republicans rejected him under cover of disavowing his vulgarity (of which he has plenty). In doing that they were as deceitful as the Democrats who undermined Sanders with the claim Sanders was "unelectable" (in their hearts, they had to know Sanders was "more electable" - their own polls demonstrated this). I say let's give Trump a chance. He may not be eloquent and he is hardly a poster child for progressive thought, but he will be the only breath of fresh air Washington has seen in decades. I did not vote for him, but he is a plain talker, and I welcome that.

Talk about rigging! Even the Electoral College is rigged -- in favor of the states with the smaller populations -- all those acres of red with two people per square mile. No matter how small their population, they get the same extra two votes in the electoral college upon the basis of the fact that every state has two senators. Jefferson & the founding fathers had their fantasies about a nation of "citizen farmers" and they distrusted the cities -- those small areas of blue where the people per square foot are so numerous they're stacked up vertically. In case you haven't noticed, Clinton edged out Trump in the popular vote -- just as Gore edged out Bush in the popular vote in 2000. We're still a nation of Democrats, even if just barely... As for Bernie, I voted for him, too, but I truly believe that more Democrats preferred Hillary--Bernie never had much of an appeal to minorities and most women, especially the older ones, favored Hillary. I noticed this about the women's vote because I knew I was in the minority of women who voted for Bernie. I do so because I thought that as a white male he stood a better chance of beating Trump -- and he did get the white male vote in all those acres of the thinly populated states -- but somebody said to me, Can you think what kind of whispering campaign could have been launched against him because he's Jewish? And you know, I think it could have very effective.... As to giving Trump a chance, we don't have much of an alternative, do we? And he has contradicted himself so many times that nobody really knows what he stands for anyway....except that he is pledged to cut taxes for the rich, and since this is what he has been doing (for himself) all along, it stands to reason that he'll keep on doing it -- AND will have the support of Congress for a new tax code that will probably rely more (and maybe even entirely) on consumption taxes instead of income taxes and accordingly penalize the poor and the middle class...Sure, it would be nice if Trump could revert to being the sort of moneyed New York liberal who was such buddy-buddies with the Clintons before he got Presidential ambitions.....but it's not going to happen if we sit around and wait for it to happen without any nudges from the electorate 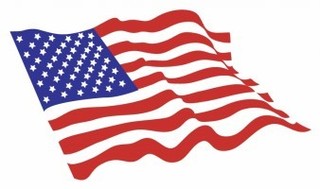 On April 19, I voted in the New York State primary. This, I learned four days later, was my one chance to materially affect the outcome of the 2106 race to the White House.

What happened four days later? Well, I attended a very interesting “Women in Media Conference” at Columbia’s Graduate School of Journalism.  Read More
Be the first to comment