NOODLING AROUND THE NEXUS 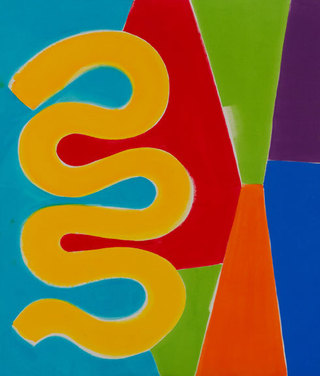 Richard Timperio, Dancer, 2015. Acrylic on canvas, 39.5 x 33.5 inches. Courtesy the artist.
All the art fairs have been the nexus of the art scene in Manhattan this spring, but obviously hundreds of other viewing spaces have been showing their prides and joys as well. Four whom I’m going to highlight (alas, belatedly) in paragraphs below are 1) Jack White at Peg Alston (closed May 16); 2) “The Space Between” at the New York Studio School (closed March 22); 3) “Once Upon a Time and Now,” at The Lesbian, Gay, Bisexual & Transgender Community Center (officially closed April 6, though its permanent works remain on view) and 4) Louise P. Sloane & Richard Timperio at André Zarre (closed May 9). Read More
1 Comments

Many thanks Piri, for taking the time out of your schedule to visit our exhibitions. I appreciate your insight and forthright impressions and historical references. 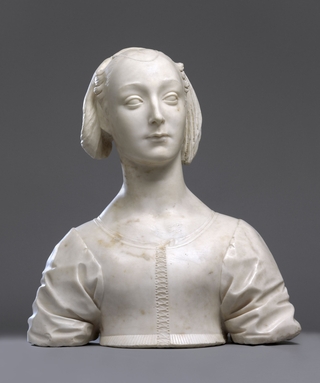 Desiderio da Settignano (Settignano, ca. 1430-1464, Florence). Bust of a Young Woman (Mariettta di Lorenzo Strozzi?). Ca. 1462. Marble. H. 20 5/8 in. Skulpturensammlung und Museum fuer Byzantinische Kunst, Staatliche Museen zu Berlin.
Politics played a role in portraiture during the Renaissance, with women often immortalized as part of the marriage ceremony, especially when it signified the union of two ducal or wealthy houses. Potentates like the Medici commissioned portraits to consolidate & publicize their power, but fortunately all these politics are between six & seven hundred years old, and–as politics doesn’t wear as well as art–they are mostly forgotten, no matter how hard pomonian art historians try to revive them. What’s survived is the art, as seen in Read More
Be the first to comment