BEFORE & AFTER: CONTRASTS AT YARES

At Yares Art, on Fifth Avenue 34 blocks south of the Jewish Museum, we have two eminently satisfactory exhibitions of more recent abstract art. The first is "Larry Poons/Frank Stella: As It Was/As It Is." The second is "Fields of Color III" (both through July 31).  They afford a contrast that parallels my own development as a writer on abstraction. The first show equates to a period before I'd awakened to abstraction, and before I'd met either artist.  The second represents a period after I'd met them both, and after Bill Rubin had sensitized me to abstraction--though much of the work in it was also done prior to the spring of 1968 (when Rubin effected this sensitization). Read More

MOST FAMOUS ABSTRACTIONIST: STELLA AT THE WHITNEY 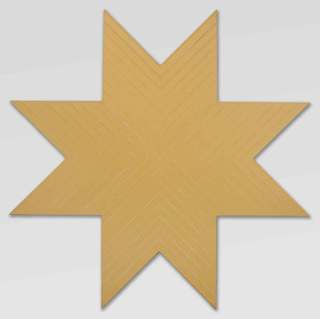 Frank Stella, Plant City, 1963. Zinc chromate on canvas. 102 1/2 x 102 1/2 in. (260.4 x 260.4 cm). Philadelphia Museum of Art; gift of Agnes Gund in memory of Anne d’Harnoncourt, 2008. © 2015 Frank Stella/Artists Rights Society (ARS), New York.
Arguably, Frank Stella is the most famous & successful abstract artist to emerge in the widespread reaction against abstract expressionism that began in the summer of 1950 (months after “ab-ex” itself had become the reigning avant-garde). In my book, neither “famous” nor "successful” automatically equates to “best,” but these two adjectives qualified Stella to become the subject of the first  Read More
Be the first to comment

ALONG THE ABSTRACT TRAIL IN MANHATTAN 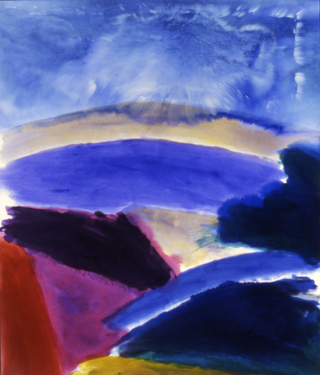 Ronnie Landfield. Bluebird, 2ooo. Acrylic on canvas, 89 x 76 in. Photo courtesy the artist.
Despite the depredations of Hurricane Sandy, a number of abstract shows have been rearing their curly heads this fall. The biggest and most prestigious (at least, until MoMA opens its big historical “Inventing Abstraction” in December) was “Conceptual Abstraction” at Hunter College’s huge but curiously arid West 41st Street Times Square Gallery Read More
6 Comments

color is so important, and difficult. as well as being very personal. thank you for devoting so much attention to it.

Reading this article is extremely timely and interesting as in the U.K. Abstract Critical is dealing with similar issues ,redefining Abstraction.I would particularly agree with the view that Frankenthaler,Louis,et al ,in their best pictures are superior to experience than much done since. Thank you for such refined responses.

Good essay because it raises issues that were never fully resolved, especially in the nature vs. culture aspect of abstraction. Hofmann remains problematic but compelling, too. Was it his allegience to "School of Paris" aesthetics that kept him tied to cubism and avoiding -- or not getting -- the rawness of others, like deKooning in the late fifties? I think Greenberg commented on that.

Analysis, context, and commentary all very much appreciated here. That it's all clearly stated is a bonus.

Many thanks to all you nice people for reading my thoughts & responding to them so congently . But, William Conger, I don't see Hofmann as tied to "School of Paris esthetics" -- his surfaces are just as raw and beautiful as those of Pollock or Gottlieb or any of the other Yanks (it's artists like Soulages and Hartung who remained committed to the "finished" look of Paris). And de Kooning (not Hofmann) was the one who remained in a vein of late cubism--Hofmann's compositions by the mid-40s were already frequently (if not always) purely abstract, while de Kooning didn't stop drawing lots of shapes onto his canvases--even the abstract ones-- until the later 50s (then he goes whole hog in the opposite direction and simply starts slapping the paint around).

Always glad to see the color field painters get their due. They pushed color to color and made art that did not need 'issues' for validation. 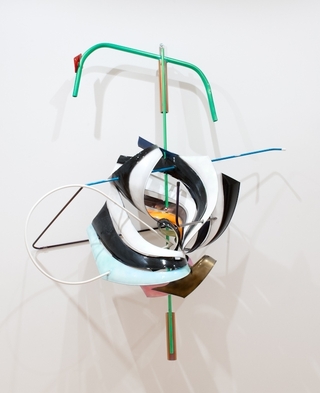 Frank Stella. k43 (ABS Black), 2012. Mixed media. 82 x 68 x 43 inches. (c)2012 Frank Stella/Artists Rights Society (ARS), New York. Courtesy Freedman Art.
I have already expounded at some length for artcritical.com on “Frank Stella: New Work” at Freedman Art (through September 27). Here I shall summarize what I said there, and then go on to a bit of reminiscence. The bottom line here is that I liked the best work in this show  Read More
Be the first to comment