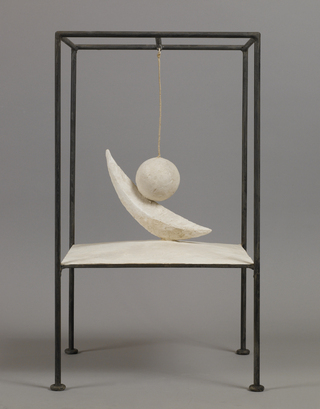 What a range of art Paris hosted in the years between the two world wars! At The Jewish Museum, the big summer show is “Chaim Soutine: Flesh” (through September 16). It presents 32 mostly still-life paintings that the moody, Russian-born expressionist made between ca. 1916, three years after he arrived in Paris at the age of 20, and 1943, the year of his death. At the Solomon R. Guggenheim Museum, the big show is “Giacometti” (through September 12). This full-dress retrospective takes the wickedly witty Swiss-born, Paris-based sculptor (1901-1966) from his early surrealist period , in the late 1920s and early 1930s, through his "existential" period, at its apogee in the 1950s and 1960s, Read More
Be the first to comment