EAST SIDE, WEST SIDE 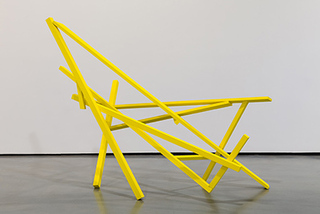 Willard Boepple, "Bed," 2014. Wood, 64 x 92 x 45 inches. Photo: Étienne Frossard. Courtesy Lori Bookstein Fine Art, New York.
Over on the east side of town, we have The Morgan Library and Museum, to which I was drawn by “The Untamed Landscape: Théodore Rousseau and the Path to Barbizon” (through January 18, 2015).

As anybody who has had to read up for orals in 19th century European painting knows, Rousseau,  Read More
Be the first to comment