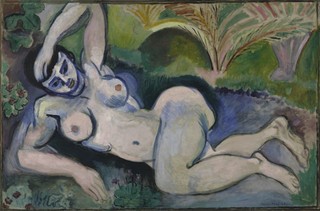 Henri Matisse (French, 1869-1954), Blue Nude, 1907. Oil on canvas, 36 ¼ x 55 ¼ in. The Baltimore Museum of Art: The Cone Collection, formed by Dr. Claribel Cone and Miss Etta Cone of Baltimore, Maryland, BMA 1950.228. © 2013 Succession H. Matisse / Artists Rights Society (ARS), New York. Photography by Mitro Hood.
Nobody could recreate the 1913 Armory Show as it originally existed, with approximately 1300 works of art by over 300 European and American artists. Two museums have recently tried to stage an evocation of it, in honor of its centenary, and although I liked the first show a lot, I like the second even better. 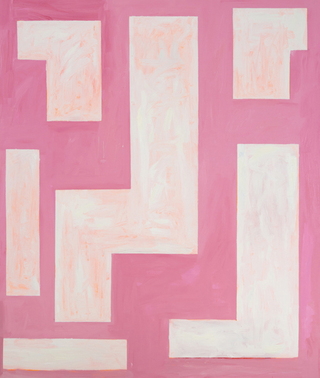 Thornton Willis. Love at First Sight. 2012. Oil on canvas, 83 x 68 inches. Courtesy Elizabeth Harris Gallery
In the following post, I will offer reviews of ten (count them, 10) gallery exhibitions, around about Manhattan & in Williamsburg. I also offer a briefer advisory about “Painted on 21st Street: Helen Frankenthaler from 1950 to 1959,” at Gagosian on 21st Street (through April 13). I don’t yet know what I’ll say about  Read More
3 Comments

Piri - thanks once again for some wonderful insight and educated opinion. Basquiat and his mystique have eluded me over the years. HIs work did not impress me when it was new, and re visiting it now, the reaction is still bland. It is a relief to find that I am not the only underwhelmed person in New York.

Terrific column, Piri--thoughtful, direct, personal. There's an old song, "Who could ask for anything more."

Belated thanks to you, Louise. So sad that Carl Belz is no longer around for me to thank. His good opinion of me means a lot to me and always will. PH